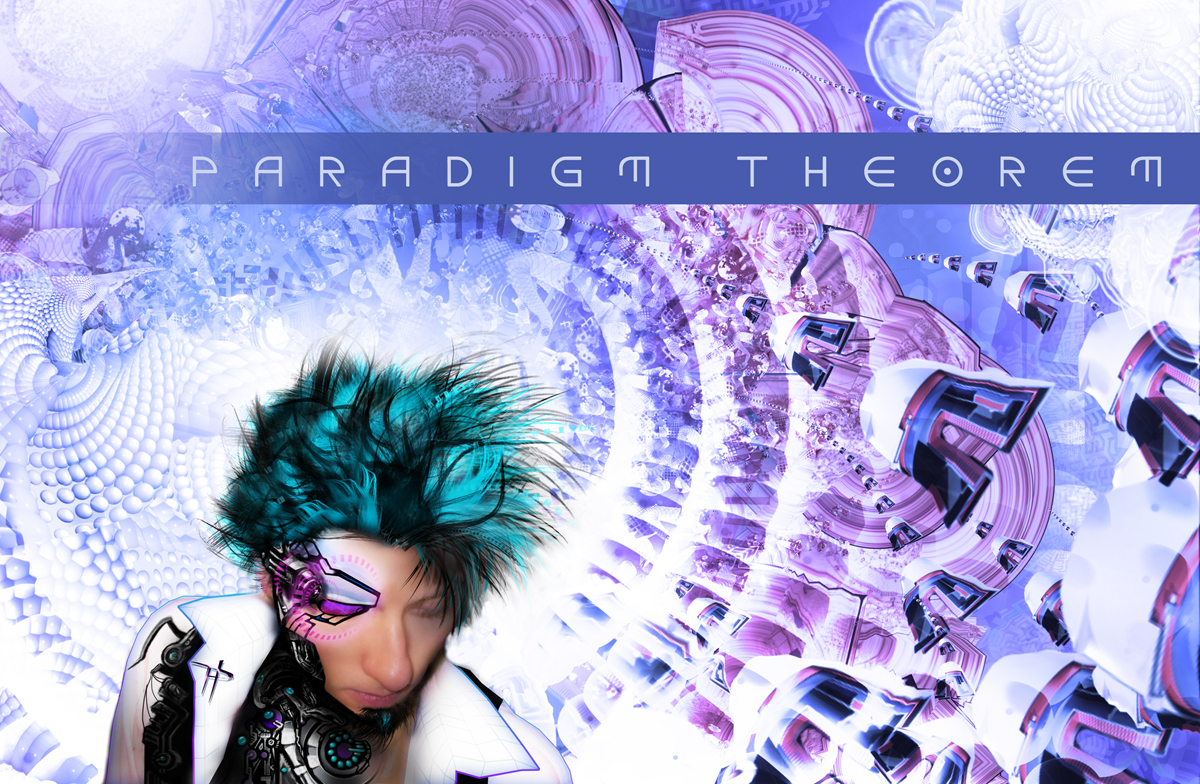 Paradigm Theorem: A model of how it's done.

By definition a template for everything, Paradigm Theorem redefines the future of electronic music. Ever evolving to exceed his perpetually rising expectations of sound quality and originality, there is nowhere on Earth where you may hear its like. A product of bioengineering and a fusion of synthetic and organic construction, Paradigm Theorem resides on this planet temporarily to fulfill his curiosity of the melodies and harmonies that compose what humans call 'music'. The limitless possibilities of this open ended art form has drawn him to the Virgo Supercluster in order to challenge and weave these threads. The result is a tapestry woven from monstrous glitched out basslines, robo-psychedelic leads, synthetically upgraded vocals, drums and sound effects hailing from creatures all around the universe, real and imagined.

Obliterating the limitations of any dance floor as he ignores the trivial notions of bpm and repetitive timing, the journey is a wondrous thing to behold. This very crucial part of an artistic performance is not lost to the past, but honed in the future through a wide array of emotion capturing melodies, powerful bass leads and psychedelic tones. One massive flow of epic drops may break into a overwhelming wave of warm positive energy, exploring deeper emotions before building that energy back up in preparation for a fall into a twisted new direction of party intensity.

Your future is now.

n.
1. One that serves as a pattern, model or example for all others.
2. A set or list of all the inflectional forms of a word or of one of its grammatical categories: the paradigm of an irregular verb.
3. A set of assumptions, concepts, values, and practices that constitutes a way of viewing reality for the community that shares them, especially in an intellectual discipline.
Synonyms: mold, standard; ideal, paragon, touchstone.

n.
1. An idea that has been demonstrated as true or is assumed to be so demonstrable.
2. Mathematics: A proposition that has been or is to be proved on the basis of explicit assumptions.
3. a proposition that is not self-evident but that can be proved from accepted premises and so is established as a law or principle
Synonyms:
axiom, dictum, formula, fundamental, law, principle, rule